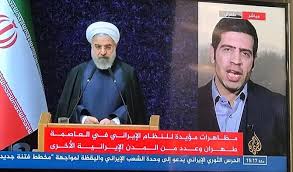 The 13 conditions to end the diplomatic and trade boycott of Qatar go “too far”, Erdogan told reporters after morning prayers at an Istanbul mosque.

He asserted that the demands are “against international law”, and an “attack on the sovereign rights of a state”.

Saudi Arabia, the UAE, Egypt and Bahrain sent the ultimatum to the Qataris on 23 June through Kuwaiti go-betweens, with 10 days to comply or face unspecified retaliation.

On Saturday Qatar refused to follow the 13 requirements, condemning them as unreasonable contraventions of its sovereignty. They include removing Turkish troops from Qatari soil — condemned by Erdogan this morning as a “disrespect to Turkey” — shutting down the state-owned Al-Jazeera news organisation, substantially reducing co-operation with Iran, and cutting ties with groups such as the Muslim Brotherhood.

Movie theaters are struggling to survive the pandemic. Many won’t