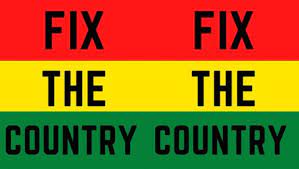 Some unhappy Ghanaians mostly made up of the youth have written to the Ghana Police Service (GPS) to declare their intent to embark on a demonstration on Sunday, May 9. This is contained in the letter signed by 20 individuals.

They explain that the date, May 9, was selected to capture the restless spirit of the over 126 Ghanaians who lost their lives some 20 years ago at the Accra Sports Stadium due to the “institutionalized incompetence and disregard for Ghanaian lives.”

As well as to commemorate the 26th Anniversary of the anti-government Kume Preko Demonstration of May 11, 1995, which was championed by President Akufo-Addo, Charles Wereko-Brobby, Kwesi Pratt Jnr, Akoto Ampaw, and Napoleon Abdulai.

Meanwhile, the editor for the Insight Newspaper, Kwesi Pratt Jnr, has lashed out at the police for being selective in the application of the COVID 19 restrictions. His comment follows a notice served by the police to prevent the #FixTheCountry/Kume Preko demonstration scheduled for May 9th, 2021.

Even though he admits the demonstrations in this COVID season may be recipe for disaster, Kwesi Pratt called for a re-look at the Public Order Act in the constitution which he thinks is being abused by the police. He stressed how the police have used different legal means to prevent citizens’ right to demonstrate describing the demonstration as a worrying trend