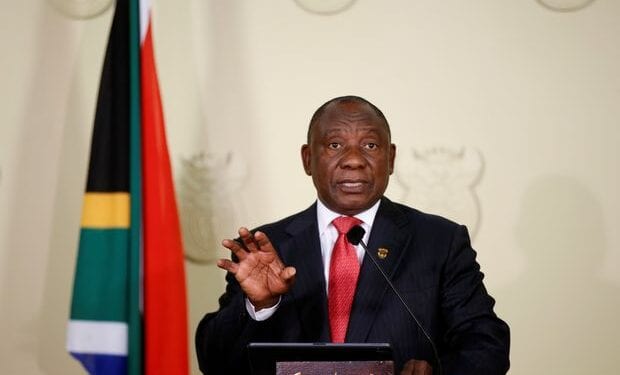 Ace Magashule, the suspended secretary-general of South Africa’s governing party ANC, has hit back by seeking to suspend President Cyril Ramaphosa as president of the party.

“I have also, in accordance with the powers vested in me as the secretary-general of the ANC, and furthermore in full compliance with the relevant conference resolutions, summarily suspended the president of the ANC, Comrade Cyril Ramaphosa,” a defiant Mr Magashule was quoted by local media as saying.

The deputy secretary-general of the party, Jessie Duarte, however said Mr Magashule had no authority to issue the president with a suspension letter and anyway could not do so on his own without the party’s backing.

Mr Magashule said he was appealing against the “unconstitutional” decision to suspend him from the party – and insisted that he would remain in position until his appeal was determined.

The ANC suspended Mr Magashule on Wednesday and warned that other party members charged with corruption would face the same fate, if they didn’t resign within 30 days.

Mr Magashule has denied fraud, corruption and money laundering charges levelled against him.