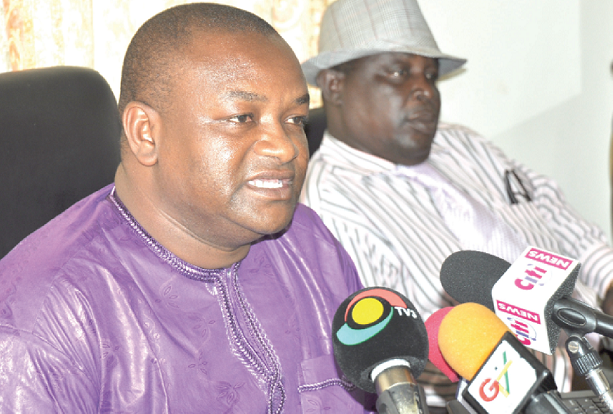 Leader of the All People’s Congress (APC) Hassan Ayariga has outlined measures he will put in place to fight corruption in the country if he wins this year’s presidential elections on December 7.

He said he will, among other things, monitor the income levels of all Ghanaians vis-à-vis the properties they have acquired.

This, he explained, will enable him to identify the corrupt people within the country because, in his view, it is impossible for persons below certain salary brackets to acquire some properties in the country.

Speaking on the Election Command Center hosted by Stephen Anti and Berla Mundi on TV3 on Friday, September 11, he noted that the country is currently bedeviled with serious challenges owing to corruption.

“In the 21st Century, our road systems are bad, in the 21st century our health care systems are bad. Ghana is crippling every day. So let us forget about the NPP and the NDC and concentrate on the APC

“Like I said we will have a system that will capture everybody’s information which includes your data system, where you work, your income, your salary, and all that.”

He further revealed that his policy proposals ahead of this year’s elections will save Ghana’s economy for good.

He is promising to provide free education from the primary to the tertiary levels.

He also says he will introduce a comprehensive national development policy, which will serve the interest of the oil-producing West African nation forever.

He said Ghana needs more than just campaign promises from the political parties.

To that end, he said, he is providing well-thought-through policy proposals that will affect the fundamentals of the Ghanaian society.

“Ghana needs something more than just promises, you cannot just come and make a particular promise and expect everybody to buy into it and that will solve the problems of our nation. Our nation is bigger than just one problem.

“The crisis we find ourselves in is bigger than making promises. We don’t need promises as a nation, what we need are policies.

“There is a difference between making promises and policies. We are making policies that will sustain the economy and the nation for life, not promises that as a government you just come and promise and walk away.

“Our policies will sustain the economy and make our country a better Ghana. We are providing free primary through to the university.”